As Philip Schofield frequently shows on TV show This Morning, there is nothing like the marriage of a pink shirt and silver hair to get a daytime television viewer hot under the collar. 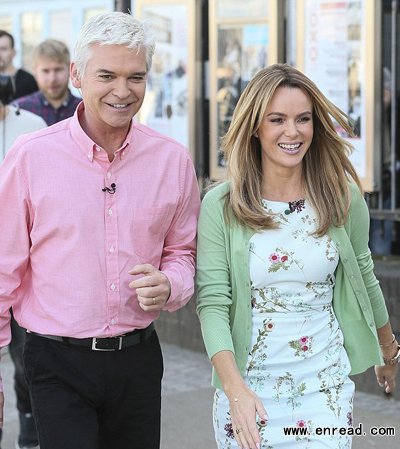 It isn't just ageing television presenters who have a thing for dressing in pink though. Rapper Tinie Tempah has shown he isn't afraid to wear a suit that's shaded like a bottle of Pepto Bismol...and David Beckham has been snapped on multiple occasions wearing pink attire.

Radio 4 show Woman's Hour suggested that pink, traditionally - and irritatingly for many - associated with little girls, is getting a make-over, having been rediscovered by the world's fashion houses.

No longer sickly sweet, the couture pinks striding up and down the world's catwalks are more likely to be carry names like 'dusky rose' or 'millennial pink' and vary from strong mid colours, to the most delicate shades of it.

Jane Monington Boddy, Director Of Colour and Womenswear at ‎WGSN, told Woman's Hour host Jane Garvey that the colour has been enjoying a rebirth since 2011.

She explained: 'Pink has been evolving for quite a few years - millennial pink has a duskier shade but we've seen a variety of pinks from millennial to brights. '

'Pink started to make an entrance in 2011. Prior to 2011, I'd only seen it being worn on little girls.' Author of The Secret Lives of Colour, Kassia St Clair, told listeners that the idea of boys wearing pink actually isn't particularly original.